That performance first came about as a movement improvisation and consists of dialog between the performer and a rope. No choreografie has been made for this piece, neither rehearsals. It is a pure experiment in spontaneity and improvisation that has been documented.

The idea was to explore the movement in space with an object that is flexible and influenced by the movement of the body resembling an echo or a wave.

This video is a manipulated version of the live performance in which I slowed down the rhythm by applying a slow motion effect, thus turning it upside down, eliminating a starting point and ending point. Thus, the rope becomes an liberated, independent element and its movement is no longer influenced anymore by artist performing.

The video was presented as part of a video installation consisting of two projectors, projecting different parts of the video onto fragmented pieces of large canvas, situated together on a wall. 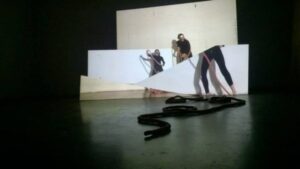 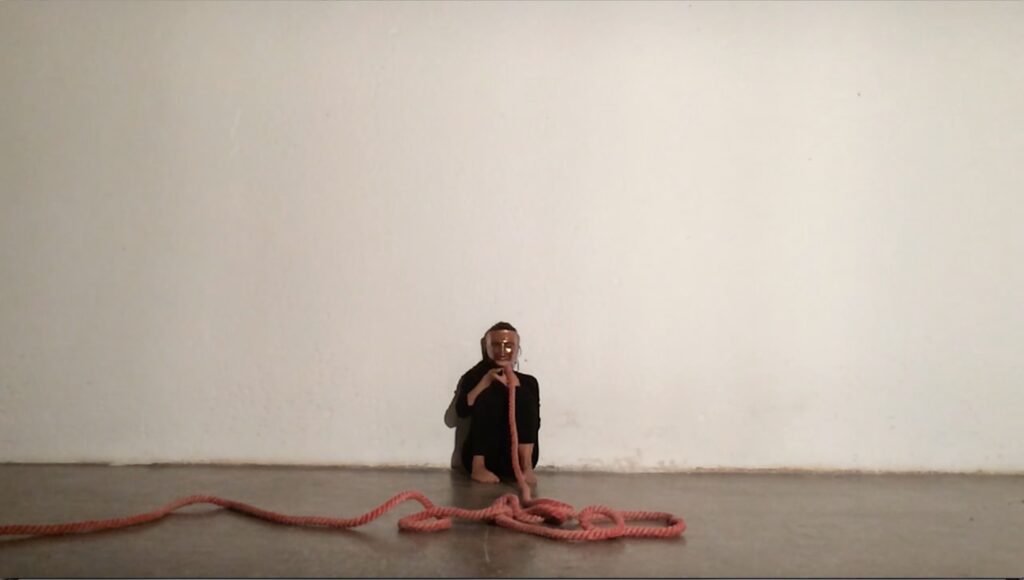 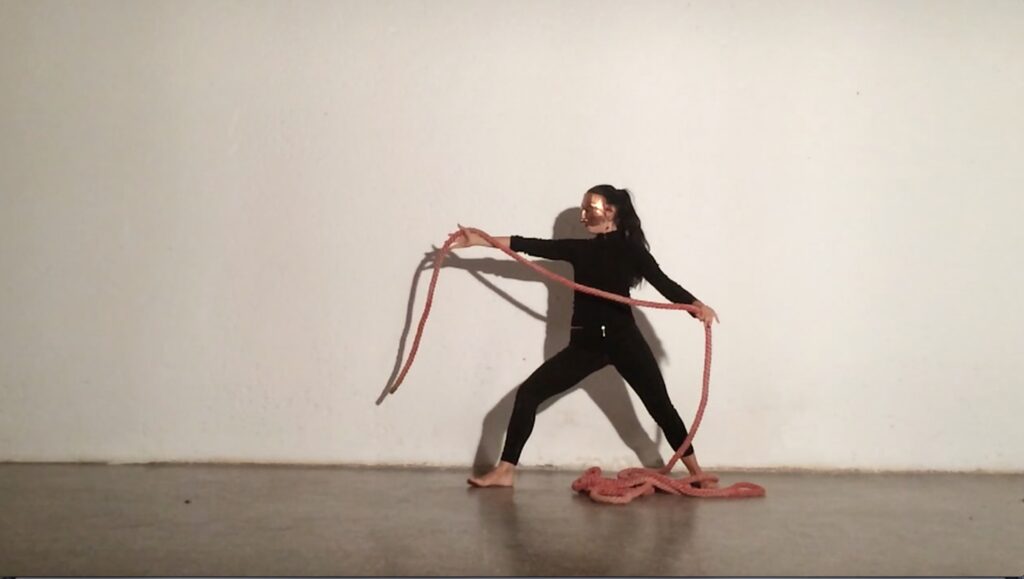 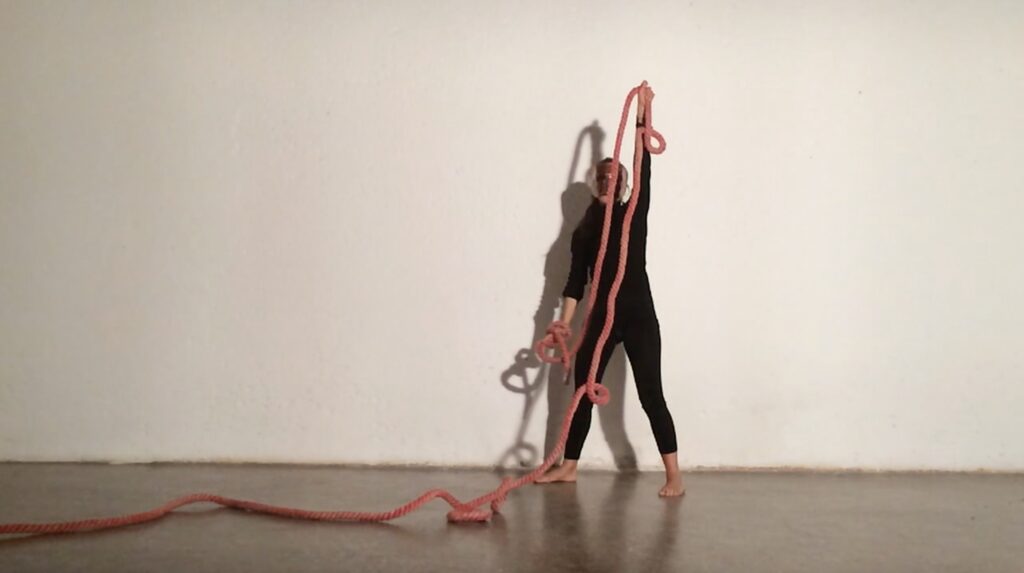 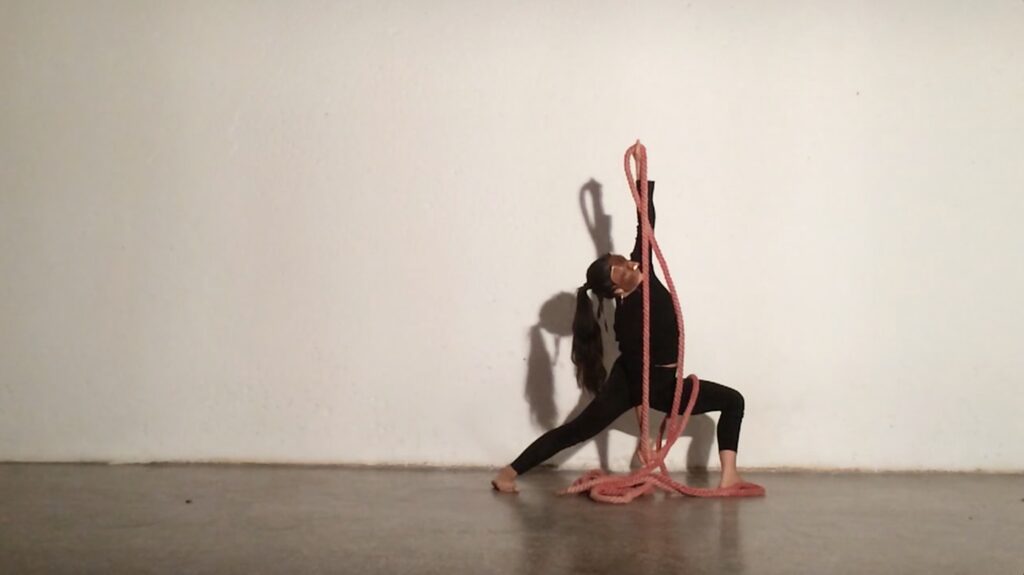 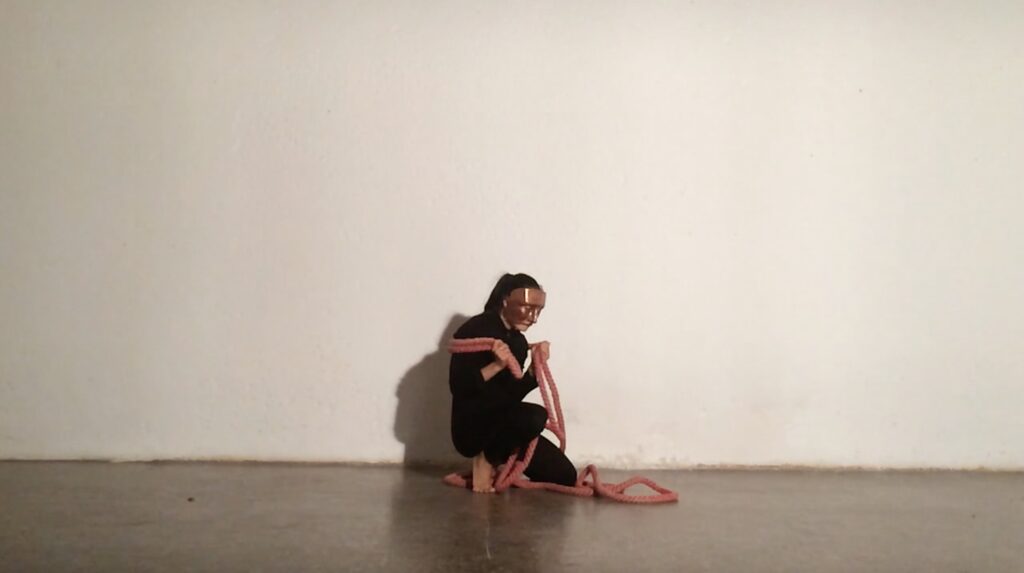 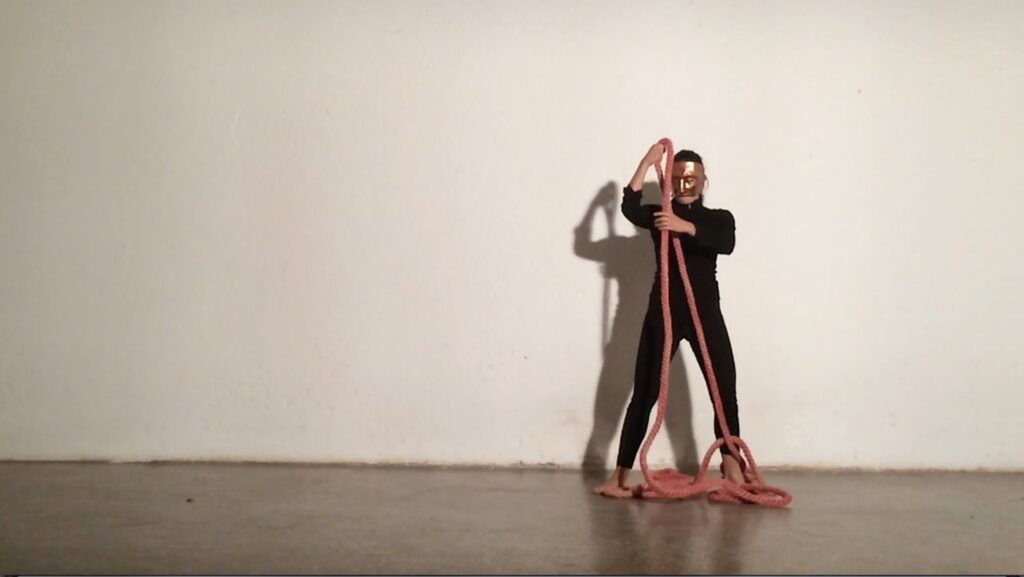 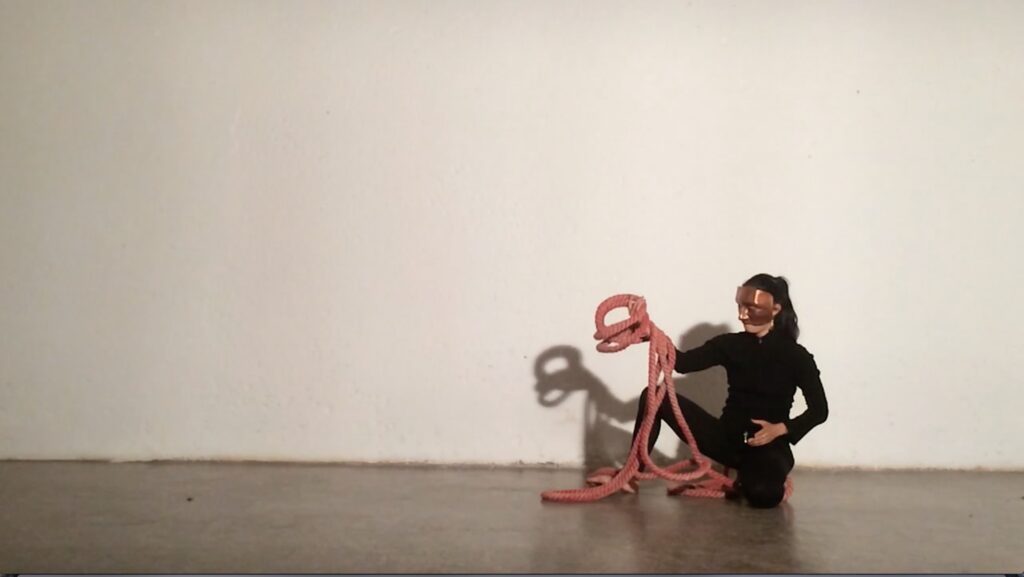 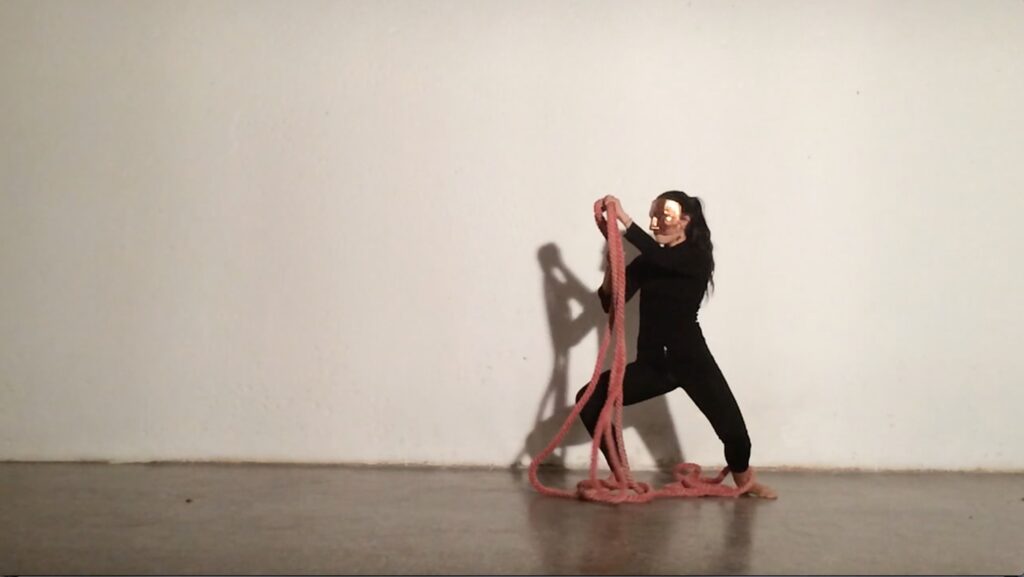